How Alpha Television Studios came to be

THIS question has been put to me countless times since I arrived in the Midlands, and with so many symbols such as I.T.A., I.T.V., A.B.C., A.T.V., etc., it is no wonder that people become confused.

In order to explain the function of Alpha I must go over as simply as possible the development of Commercial Television in the Midlands.

Let us now confine our thoughts to the Midland Region. Two contracts were issued by the I.T.A. to allow commercial television broadcasting over seven days each week in this area. The first contract was to Associated TeleVision Limited (A.T.V.) to transmit programmes from Mondays to Fridays inclusive; the second to A.B.C. Television Limited (A.B.C.), for a similar operation on Saturdays and Sundays.

When these contracts were issued in late 1955, there was very little time to find, organise and equip studios to meet an opening date for the Midland Transmitter at Lichfield already set for February 17th, 1956. Both A.B.C. and A.T.V. therefore commenced their activities in the Midlands by searching independently for suitable premises from which to operate. It became abundantly clear that time and effort would be saved if the two companies operated on a joint basis, looking for one suitable site obviously being easier than looking for two and bearing in mind that A.B.C.’s two days of operation would not cut across A.T.V.’s five days and vice versa. Thus was born an idea for a joint company to supply studios, equipment, offices and staff capable of transmitting television programmes throughout seven days a week on behalf of the two Parent Companies. Time has proved that this thinking was not only practical but most successful. The name of the Company chosen was Alpha Television Services (Birmingham) Limited.

Alpha is best described as a Production factory, making television shows to the specifications of A.B.C. and A.T.V. producers. As soon as a producer has decided upon his format for any given show, the scenic designers, wardrobe, property and technical departments such as cameras, sound, lighting engineers etc., all go to work in their respective fields, to produce the necessary requirements called for. All this work is assembled in the studios, and ancillary areas on the day of transmission or, in the case of a large production, the day before, where, like a jig-saw puzzle, all the pieces are assembled to put before you a completed picture at the times advertised in your Television Times.

That, Ladies and Gentlemen, is the answer to ‘What is Alpha?’

How television reaches your home 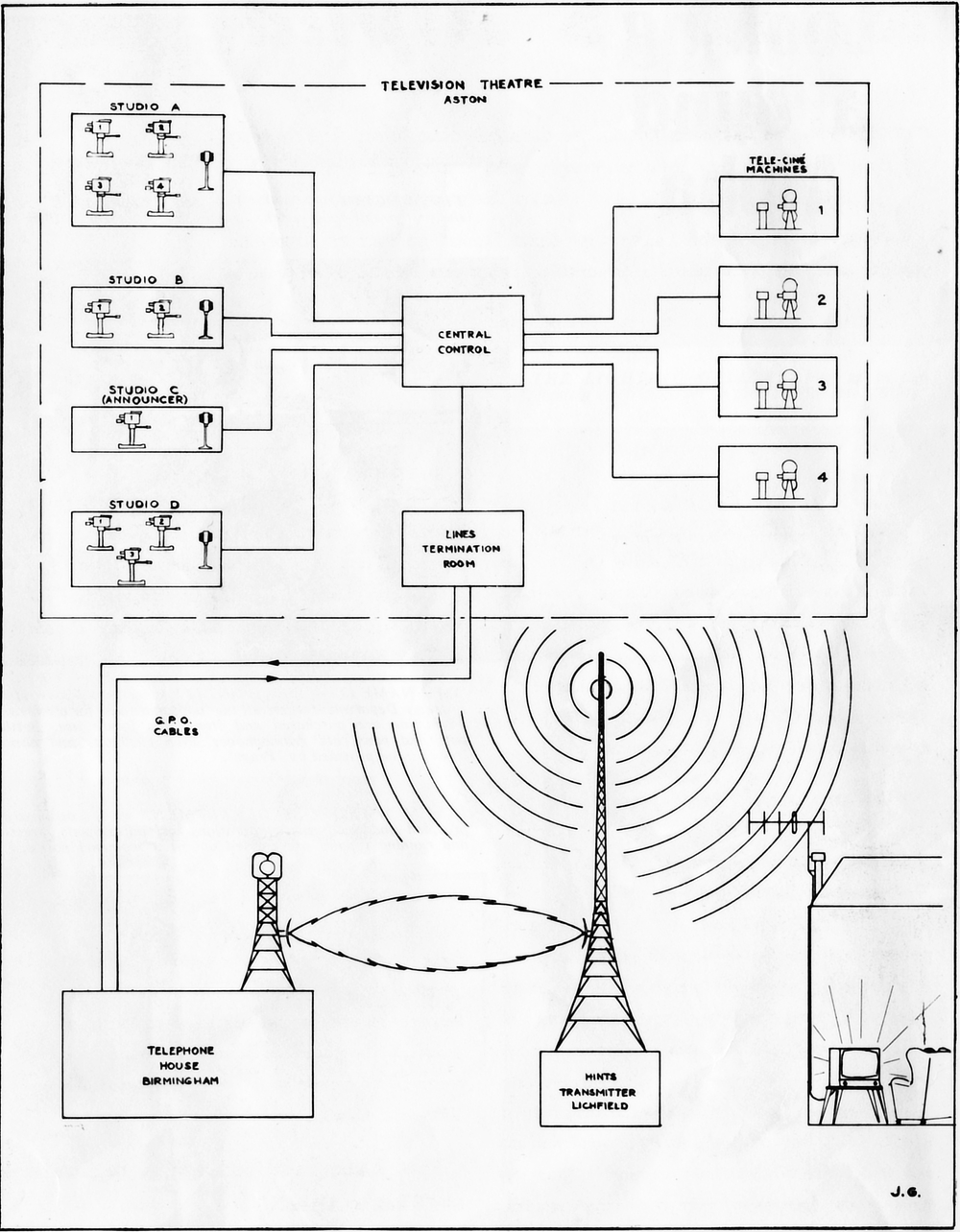