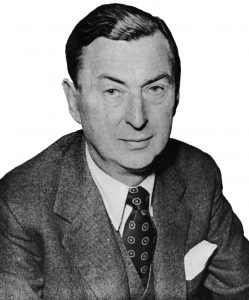 ALPHA holds a key position in Independent Television. When an institution has true roots, it grows, and the planned expansion of Alpha tells its own story of past success, just as it increases the promise of the future.

The Alpha Television Studios have from the beginning been a centre of professional skill, of television craft. From the floors and through the controls, from the planners, the producers and the crews, have come good television programmes, both bright and thoughtful, some heading for the network, some building a link between all those who live in the Midlands, and between them and Independent Television.

Alpha is part of the life of the Midlands. Perhaps that is the most important thing about it. From the start, it has been the policy of the ITA to spread television, not to let it grow only in London, with the rest of the country at the passive receiving end, but to create centres of regional television life, with Birmingham, Manchester, Glasgow, Cardiff, Southampton, Newcastle, Norwich and Belfast as television towns.

Alpha was the first big step in this policy: and what a success it has been.